We are most familiar with bipolar type 2. It is the form of bipolar most often portrayed in film and on television.

Unlike bipolar I, bipolar 2 requires a depressive phase to be diagnosed. Furthermore, rather than experiencing full mania, people with type 2 bipolar disorder usually experience hypomania, a milder form of mania.

Hypomania is different from mania, and has a shorter intensity and duration. Unlike mania, which lasts for a week or more, hypomania only lasts for a few days at a time.

Often people feel they are in a very good mood, with a good sense of wellbeing. They will usually feel like socialising more, and may be very talkative. People usually experience racing thoughts during hypomania, and often have feelings of high self-esteem and confidence that may lead to risk-taking behaviours.

Furthermore, people in a hypomanic state usually don’t feel the need to sleep. Unlike mania, hypomania is usually more manageable, and doesn’t necessarily have the same negative impacts on day-to-day living. Importantly, hypomania is not associated with psychosis.

They can be more intense than in unipolar depression, and people with type 2 bipolar disorder are at very high suicide risk during these depressive periods.

Symptoms of these depressive episodes include alterations to sleeping patterns (either sleeping too little or too much), feelings of sadness or unnecessary guilt, severe fatigue, and commonly thoughts of suicide.

Bipolar 2 can be difficult to diagnose, because people often only present for help during depressive phases. Furthermore, symptoms of hypomania are often attributed to a high-functioning personality, and not a mental health disorder. As a result, around half of all people with bipolar type 2 are misdiagnosed with depression, before a new diagnosis of bipolar is made.

Type 2 bipolar disorder is often a lifelong mental health condition, but can be effectively managed. The disorder is most often treated with a combination of medication and therapy. Mood-stabilising medications are usually prescribed by a GP or psychiatrist, in order to reduce the frequency of hypomanic or depressive episodes. Furthermore, various forms of therapy may be used to help build mechanisms for recognising when either a hypomanic or depressive episode is ‘coming on’, and to cope during those episodes. 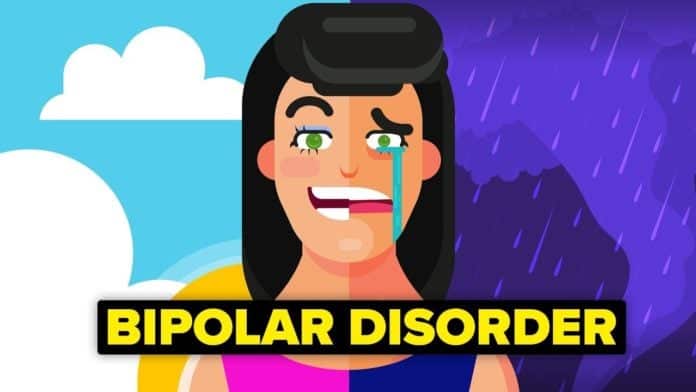 DSM-5 criteria for a hypomanic episode

A distinct period of abnormally and persistently elevated, expansive or irritable mood and abnormally increased activity and energy, lasting at least four consecutive days and present most of the day nearly every day.

During this period three or more of the following symptoms have persisted (four if the mood is only irritable) representing a change from usual behaviour and present to a significant degree:

You are always welcome to read further information we have prepared for you on bipolar disorders.

How to identify a bipolar disorder

Bipolar disorder is one of the less understood mental health conditions, and one of the

Bipolar type 1 is characterized by the presence of a manic episode, either with or