There is a 40-year-old myth perpetrated in women’s magazines – one especially – and perpetuated today on some websites. If you look in amongst the sex tips, dating and relationship help, beauty tutorials (most of which are essentially a pool of the same articles, rewritten for the past 4 decades) you will see a bright shining lie.

That lie is there are somehow easy and quick fixes to dealing with toxic relationships. The relationship advice is given in much the same style as for eyeliner, nail varnish and skin cream and usually looks something like this:

“3 ways to cut someone toxic out of your life”

“5 ways to predict toxic relationships, before you enter one”

These publications and websites also treat sex and relationships as commodities. How can you entice that ideal partner? Why is a Prince, Lord or a CEO (glamourous, rich, powerful) so often the object of desire in romantic fiction?

Thus in the western world, Men and women are too often raised in a cultural background that objectifies each other, objectifies relationships, and is based on seeing each other as possessions to be attainted and owned, rather than as a long-haul caring partnership, which is how humanity managed for tens of thousands of years.

Then – back to the magazines and websites now – you get some trite, banal, one-size-fits-all advice that holds your attention long enough before you move on to reading the adverts for a jojoba based facial treatment.

If only it were that simple.

Toxicity in a relationship can be very complicated to understand and very hard to deal with. Not least of which because almost no one gets trained in this stuff, either in school or afterward. Plus, quite often there appear to be good elements mixed into a bad relationship. Like lady Gaga sings, you can get caught in a bad romance.

What’s even more difficult to handle is – often without realizing it – some people are drawn towards high-drama toxic relationships and frankly get bored with normal ones.

Then add to that the fact we unconsciously can repeat the patterns we saw in our own families during childhood and you end up with a really tangled and knotty picture. Untangling those knots is not like choosing which tooth whitener works best.

What you often need is professional help.

What are toxic relationships and why do they happen?

Walk around a supermarket or a shopping mall and see them everywhere. These children of course sometimes sadly have no means of escape until later. Then there are the bitter long-term marriages where you see elderly couples endlessly bickering. Toxicity is not limited to women’s magazine relationship clickbait.

The good news is there is help – effective help – on how to stop or resist toxic tendencies, especially in a relationship.  There is help in what do if you still miss and love a toxic ex-partner and – often all part of the same set of disentanglement issues, how to get yourself back after “losing yourself” in a toxic relationship.

Magazines and website advice will not answer questions like “why do I keep putting myself in toxic relationships?” or “why can’t I get the courage to leave my passive-aggressive partner?”

What causes a person to be toxic?

Toxicity comes in many forms, but all forms of toxicity involve one person either not caring or not understanding they are doing damage to someone they should be loving.

Some typical characteristics of toxic people are major issues in their childhood (some of which might be unknown to you), self-centeredness, and a sense that their actions and their words don’t match up. Some have specific personality disorders but not all toxic people are narcissists.

Generally speaking, really toxic people are damaged and that, unfortunately, is a trap you can get drawn into as you might attempt to ‘save’ them. This leads directly on to our next point

In some cases, you might be asking yourself “why do I always attract negative and toxic people?” and half the answer is that you look like an easy target to some personality-disordered types of toxic people. The other half is you might want to ‘save’ them so give off empathetic vibes – which will attract them.

How to deal with toxicity

The healthiest and best way for two adults to have a relationship with each other is as two adults. That includes having some empathy and understanding for each other, behaving reasonably, and thinking of each other’s welfare. Of course, there is nothing wrong with playfulness between adults but it is very difficult if the relationship becomes more like a parent with a child, or two children.

Worse still is when one toxic person gets actual excitement and gratification from criticizing, dominating, or emotionally (or even physically) abusing the other.

Then you have a toxic relationship which can be further complicated if the dominated or abused person somehow feels that it is OK for them to stay in that role, or that they are prepared to put up with the abuse in order to ‘save’ the other.

If any of this sounds familiar, the team here at Safe Place Therapy is here to help. We know this kind of situation is all too common, we are very experienced in this area and above all, we are non-judgemental and discreet. Keep reading our relationship counselling articles or get in touch now using the contact form below. 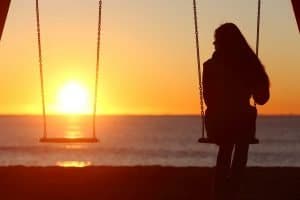 Relationship breakdown: 3 signs that indicate it’s time for a change 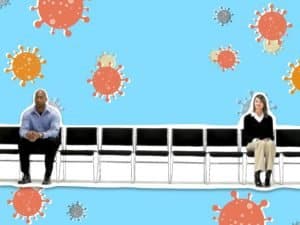 The COVID-19 outbreak is quite concerning and worrying for a lot of people. What is