Homophobia is a big problem in Australia.

For many LGBTQ theorists the word homophobia should not be used because of the changed consensus on attitudes about homosexuality. Smith, Oades and McCarthy identified many different definitions of homophobia that underlines the changing nature of gender and sexuality attitudes.

Attitudes about homosexuality have shifted from seeing homosexuals as ‘sinners’, to being seen as a pathological illness.

Homosexuality was recorded as a mental illness in the Diagnostic and Statistical Manual (DSM) until the early 1970’s. Since then homosexuality has been more embraced as part of the community and diverse sexuality and gender has been accepted more broadly.

Due to these changes many authors call for the removal of the word ‘homophobia’ to a more general term of heterosexism which focuses on the domination of heterosexual norms.

While the attitudes of homosexuality have changed over time there is still ignorant fear based attitudes about homosexuality, resulting in discrimination and hate crimes towards the LGBTI communities.

Herek defines heterosexism as a system that ‘denies, denigrates and stigmatizes any non heterosexual form of behaviour, relationships of community’ . This general term encompasses many different aspects of what is considered ‘normal’ in society and any different practice or ways of being as less than or suppressed.

Homophobia can be a direct, in your face experience when someone uses horrible language to your face or indirectly in government policies. This was clearly the case for criminalizing ‘homosexual acts’ or ‘sodomy’ within Australian states. So while you may not experience a direct homophobic slur on the street homophobia is present and impactful on many people.

Experiencing homophobia or heterosexism prevents the LGBTQ community from accessing help and connecting with others. This is due to feeling less than from heterosexuals and the history of being placed in this position for a long time. Of particular concern is gay people being treated as having a mental health issue because of their sexuality.

In therapy gay men were pushed to have sex with women in order to ‘cure them’ or to go to camps where electrocution was used to basically shock the gay away. Religious camps were formed to also ‘pray the gay away’ moving young teenagers and adults to these camps until they were no longer homosexual.

This idea of fixing homosexuality inherently underlines being gay as wrong. As you can imagine these ways of treating homosexuality has caused fears towards mental health professionals from the LGBTQ community and their view of them in a therapy session.

Heterosexism can be quite subtle and is often missed by many people. a sentence like ‘do you have a girlfriend’ to a male identifies an assumption of someone’s sexuality with being open to the idea of the male person having a boyfriend or even a partner without a gender.

These simple heteronormative assumptions assumes sexuality and at times forces people to either correct the person or many times just answer the question. So in effect there is persuasion towards needing to be heterosexual until you state otherwise or that being heterosexual is ‘normal’.

This affect on a person identifying as gay or lesbian may be internalizing these thoughts that they are bad because they are gay or ‘not normal’. This is commonly called internalized homophobia.

Internalized homophobia is the gay person’s direction of negative social attitudes towards the self, leading to a devaluation of the self and resultant internal conflicts and poor self regard. So there are two components here:

The gay or lesbian person internalizing these thoughts and negatively viewing themselves because of this.

So in these two parts there is the individuals view of themselves and also what they think ‘others’ will think if they identify as being homosexual.

In counselling work there is a need to first focus on the person’s view of themselves and break down the internal thoughts and then move to identifying allies the person can feel comfortable with so it feels less like a ‘us’ and ‘them’ battle.

Internalized Homophobia is a very common for gay and lesbian people, specifically those who have grown up in a religious family or a family where there hasn’t been many interactions with gay people.

Can a gay person be homophobic?

Yes they can. It would be the same if someone of a certain race was racist towards someone else. If someone gay was homophobic, this might point to them experiencing some internalized homophobia.

Lets also not forget that there are big differences in presentation of what it ‘looks like to be gay’ and even within the community there is judgement. We need to be respectful in the community and role modal how we want to be treated.

A personal experience of Internalized Homophobia

I grew up in a small country town and was heavily connected with a local church. My friendships revolved around the church and i spent a large amount of time at bible studies, church services and being part of the running of things.

At a young age i made commitment to not drink, have sex or do anything against the bible. I was seen as a sweet sensitive kid that was passionate. On the outside this is what people saw throughout my teenage years but what they didn’t see was the double life…

Secretly I knew i liked guys and this was very much against my beliefs and so i thought i could block this out as it was wrong. My beliefs trumped my internal feelings and so i tried over and over to push any urges i had down out of sight. While i found out later that quite a few people suspected i was gay, to me this battle raged on.

Being gay took a long time to come to terms with and the hardest part was breaking down the idea that being gay was wrong, connecting my homosexuality with being a bad person. I found great LGBT people and their sense of pride which really helped a lot along with counselling to help me create a new way of thinking about being gay and what this means for my life.

I tell this story to show that there is hope in changing our negative thoughts about being gay and to encourage you towards getting some help with it.

Its OK to be you

Finding yourself takes time and then being comfortable with yourself when you do can be hard. Whether your different because of your sexual orientation, gender identity, race or interests, your uniqueness can be a point of positive interest.

The term minority stress has been coined to underline that being part of a small group by itself creates stress. This is why pride month and events like these are a big celebration of our difference and used to show others that being LGBTQ is special.

So if you or a loved one or friend is experiencing homophobia, internalized homophobia or both, please reach out for support. More work needs to be done to talk through these issues and challenge heteronormative ways of thinking.

If you need further orientation on LGBTQ support, feel free to check out the articles we have prepared for you.

Our team at Safe Place Therapy can work with you to slow down thinking and work through horrible experiences of homophobia and break down any internalized homophobia that might be occurring. 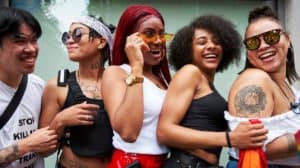 Being transgender is a very hard journey, even in 2020. Discrimination is still a daily occurrence along with the abuses that occurs for many. We are here to support you. 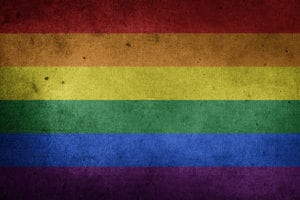 5 tips for coming out as a gay